TC Electronic’s Native Bundle 3.0 adds an adventurous plug-in called Filtrator and new functionality to the suite of production tools previously offered. Perfect AU, AAX and VST recreation of the classic pedal. Swirl like you mean it! With the TC XII Phaser Native your chords and leads will never be the same. At the click of a mouse, its incredibly lush 12-stage phaser sounds will take your tone-twisting acid rock and clean funk to new levels of perfection. DVR250 is a groundbreaking reverb plugin, that brings the iconic EMT 250 Electronic Reverberator to your DAW. With its original fusion of precision software and optional hardware controls, it captures the amazing sound and unique tactile controls of the world’s first commercial reverb box.

Compressor/De-Esser.TC Works were in at the start of the software plug-in explosion; I reviewed their original Native Reverb way back in SOS March 1998, and the entire Native Bundle version 2 in SOS July 1999. The latest version comprises a reverb, compressor/de-esser, limiter, graphic EQ and parametric EQ (all of which were featured in the original), plus a completely new filter. To make the most of my space here I'll concentrate on the differences and new features.

The Compressor/De-esser (previously named DeX) has had its familiar Attack, Release, Threshold and Ratio controls supplemented by more unusual ones like Soft Knee Width, which varies the transition from hard to smooth, and Hold Time, which delays the start of the release phase to emulate a range of compressor designs. You can also set up ducking effects using up to two additional SideChainer plug-ins.

TC Limiter.The Limiter is ideal for maximising the level of recordings in a transparent manner, just like Waves' L1 and L2Ultramaximisers. Both Limiter and Compressor/De-esser sound to my ears almost identical to the version 2.0 plug-ins; both also have exactly the same CPU overhead as before, and neither exhibits any latency.

TC Graphic EQ.Graphic EQ offers either seven, 14 or 28 bands, and a 'draw your own curve' graphic window makes it very easy to use, while Parametric EQ provides up to seven bands of parametric, low shelf, high shelf and notch filtering, plus a handy joystick to add overall loudness/air contributions to your current response. Both EQs sound noticeably more open and natural to my ears than their version 2.0 counterparts, particularly at extreme settings. Both also use slightly more CPU than before, but this is largely academic since they each took between 1 and 2 percent of my Pentium III 1GHz processor, and I'm pleased that TC Works have concentrated on improving the sound rather than being tempted to shave off CPU cycles.

TC Works have made even more extensive improvements to their Native Reverb Plus, with an enhanced algorithmic engine featuring additional parameters, and a significantly upgraded user interface. The Shape control has the same Round, Curved and Square options, but the Size parameter now sits more sensibly alongside, to adjust the scaling of these initial reflections, as well as the graphic image size. The Diffuse control determines the density of wall reflections as before, while Color adjusts high and low-frequency damping and EQ with one handy grabbable control, but has two new sliders alongside labelled Lo and Hi Factor. These provide significant extra control over reverb quality, and unless my ears deceive me they offer far more than simple EQ, sounding as if they are placed in some sort of feedback connection that allows the quality of the reverb tail to change over time.

TC Native Reverb Plus.TC have incorporated many of the remaining controls into a graphic time/amplitude display akin to those found on their more upmarket products. This lets you control the level and start time of early reflections, and the level, start time, and decay time of the reverb tail, all by clicking and dragging your mouse. This makes it far easier to understand what's going on, and I'm surprised TC Works didn't use a similar approach with the I/O transfer characteristic of their compressor.

You can still get the version 2 sound by setting the Factor controls to their mid positions, but the version 3 reverb tails do seem more transparent, and I certainly didn't mind the overhead increasing from 3.4 to 4.2 percent on my PC. Moreover, the new controls allow far more versatile results ranging from the usual rooms, halls, and arenas to special effects such as Crispy Sizzler and Ice. However, TC's native reverbs can't use the same amount of DSP as their higher-end DSP-assisted siblings, and like its predecessor, Native Reverb Plus can exhibit a slight metallic coloration, particularly on long reverb tails. Nevertheless, it's a fine reverb for the price, far more versatile than before, and only available as part of this bundle.

TC Filtrator.Filtrator is totally new, and is essentially a filter with LFO and envelope-follower modulation, followed by an overdrive section. The filter can be set to high-pass or low-pass operation, with 12, 18 or 24 dB/octave slope and a variable resonant peak at the cutoff point, all set by a couple of switches and a graphic filter response window. The fun starts once you modulate the filter frequency. The envelope follower has Attack, Hold and Decay controls, while the LFO offers sine, sawtooth, square and random (sample & hold) waveforms, and can be synchronised to MIDI Clock when using a suitable VST-compatible host application.

The central Modulation Display is a 'fish-eye' oscilloscope that displays the combined mod waveform, controlled via two sliders around its periphery that let you add variable amounts of the two mod sources in either positive or negative directions. Normally the In Phase switch applies an identical effect to both stereo channels, but disengaging it reverses the modulation phase of one channel to dramatic effect as the filters sweep in opposite directions.

Once you start to push up the Drive control in the Amplifier section you run first into mild saturation and then hard clipping. This is due to odd-harmonic distortion as used in the Soft Sat algorithm, which is once again provided as a more subtle option, while the Damp control rolls off the upper harmonics if you want a rounder and smoother result. The display is completed by input and output gain controls and a pair of novel LED level meters.

TC SideChainer.As you might expect, once you combine all the facilities at your disposal you can get some fascinating effects ranging from synchronised sweeping filters, through growls and roars, swirling grunge and self-oscillation, to R2D2 impersonations. I'd have liked a wet/dry mix control to let some of the original signal through, but perhaps you can't have everything.

In addition to whatever preset facilities are provided by the host application, all the Native Bundle plug-ins now offer additional dedicated load/save options that save discrete files for each preset, and let you sort them into nested category folders, rather like you can with Waves plug-ins. This is potentially very useful, but unlike the Waves implementation, ends up being most confusing, since the new nested version 3 preset name isn't displayed after you select it, but the old version 2 presets are still available for compatibility reasons via the host application, which often displays the name of the one currently selected. So, if you do see a name displayed, it's only valid if you've chosen it via the host application, while you'll never know which version 3 preset you chose. Just as confusing is that most version 2 presets don't appear in the version 3 list.

TC Works' Native Bundle has always had a good reputation, and version 3 will only enhance that. If you purchased version 2 after July 1st 2002 you can get a free update to the new version, but I suspect its various improvements will also encourage more longstanding users to upgrade as well, especially at only $39. I suspect plenty of new users will also be tempted by Filtrator after downloading the free demo version, and for around £50 each these plug-ins are good value for money. Niggles apart, this is an impressive collection overall, and I expect it to do well. 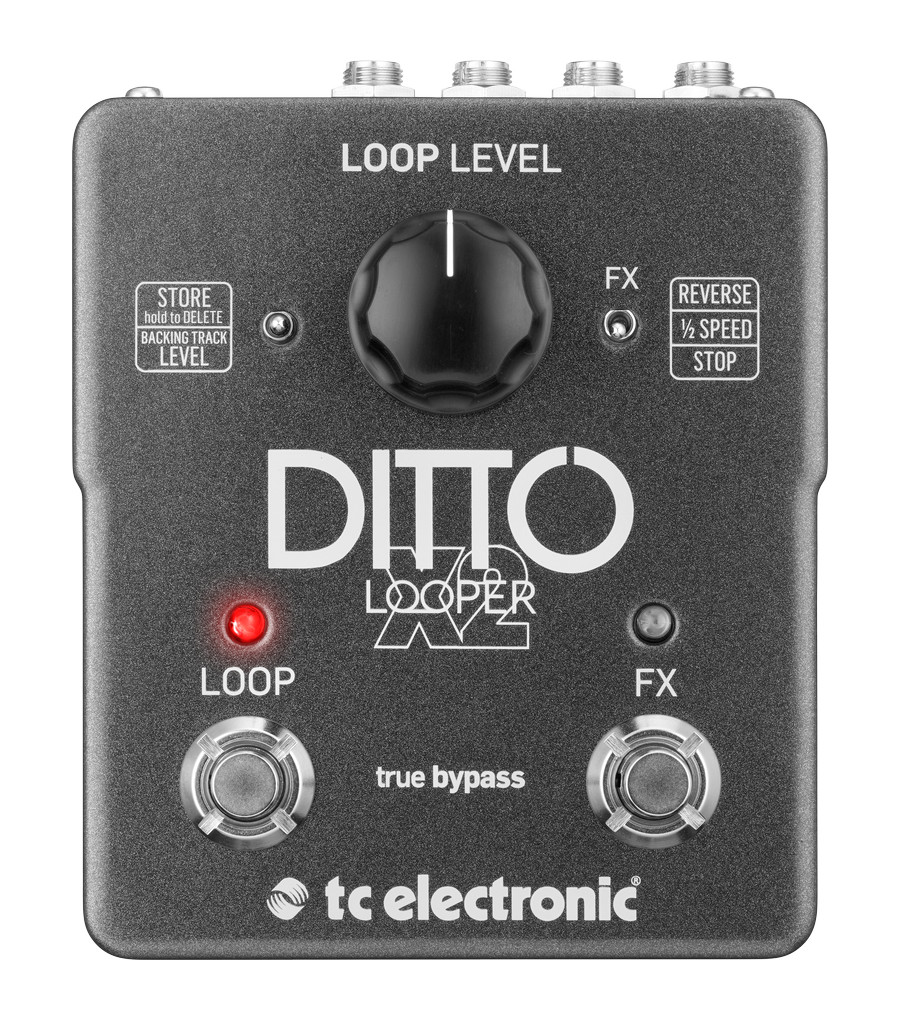 £299 including VAT; upgrade from any other Native Bundle version $39; upgrade from Native Reverb, Native Essentials, or Steinberg bundle $199.

At the Frankfurt Musikmesse, TF Pro were showing Boomedia's Studio Weapons plug-in pack. This contains no fewer than 17 plug-ins: 10 instruments and seven effects. The instruments include bass and lead synths, an x0x-style drum box, a sample-based percussion instrument and a multi-faceted 'groovestation', while the effects cover delays, modulation effects and filters. Studio Weapons should be in shops by the time you read this, and will cost £129 including VAT.

The MultiVSTShell wrapper for running VST plug-ins within Digidesign's Pro Tools (see March's Pro Tools Notes) has been updated to include the missing MSP Pi file and fix a few minor gremlins. Author Roger Carruthers suggests that the single-instrument Minishell may actually be more useful, as it has a much lower CPU load, and also points out that you don't need to open the DSP Status window to get it working (as was stated in Pro Tools Notes) — you can simply click the DSP On/off button.

Your music sounds great in your head, and it deserves to sound just as great when it reaches your audience. Finalizer is a next-generation take on music mastering. We changed the game of mastering music 25 years ago.
Now we do it again!

Find out if your mix matches the sound of today. It's FREE!

Get the full picture

View your tracks like you have never seen them before.
It begins with clarity.

Compare your music and take nothing but informed mastering decisions.

Sound like the hits of today - or yesterday if that is your ultimate goal.

Dynamics, Loudness And Frequencies In A Single View

You have never seen music this way before. With our FREE Web Analyzer, you can upload and compare your own songs to tons of current and past hits across a wide variety of genres. Make those chords, melody and lyrics with chart-topping potential sound like a hit!

The Finalizer app compiles the best multiband compression, limiter and EQ algorithms that we have ever developed. They are ported 1:1 from our System 6000 platform, optimized for modern performance and bundled in a brand-new package along with a wealth of new features and an entirely new way of presenting audio visually. The distance between your mix and final master has never been shorter.

Realtime visual feedback across your entire song. What happens to that mellow bridge when you add a bit of multiband compression to the energetic chorus? Finalizer gives you the full picture instantly!

Streaming services can level out the loudness differences between songs. So what happens when you get ‘normalized’ by Spotify? Analyze and find out and sound amazing no matter how your crowd listens.

Professional mastering studios and legendary engineers all over the world have relied on TC Electronic processing for decades. Well, we think you should have access to the exact same mastering tools!

This changes the game for me. Using the Finalizer desktop app I have been able to get my mixes much closer to what I am hearing in my head, and closer to a finished “master” than ever before.
Michael PattersonProducer & Mixing Engineer / The Notorious B.I.G., Diddy, Ladytron, Jennifer Lopez, Trent Reznor, Jay-Z
A Stand alone mastering software that has both the legacy and the newer modules that TC Electronic had successfully developed throughout the years with a great user interface and visual representation.So many options to choose from that you can audition and choose to your liking.
Maor AppelbaumMastering Engineer / Faith No More, Yes, Meatloaf, Eric Gales, Sepultura, Matisyahu

In the Finalizer app, complete overview and real-time visual feedback across your entire song is coupled with the most powerful range of legendary mastering tools that are based on a 25-year pro mastering track record.

Have tons of experience with mixing music? Well, good for you! But have you got what it takes to be a mastering-master?